Micro-heterogeneity of malaria transmission in the Peruvian Amazon: a baseline assessment underlying a population-based cohort study 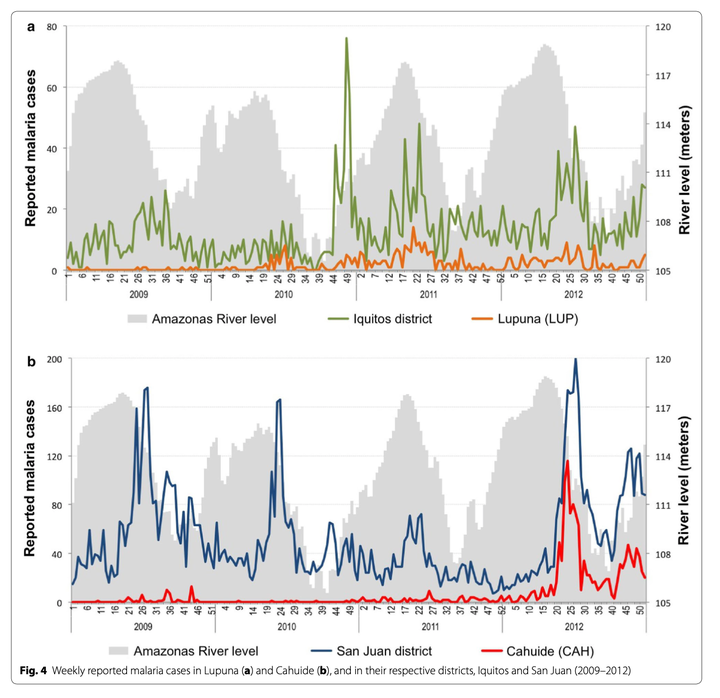 Background
Understanding the dynamics of malaria transmission in diverse endemic settings is key for designing and implementing locally adapted and sustainable control and elimination strategies. A parasitological and epidemiological survey was conducted in September–October 2012, as a baseline underlying a 3-year population-based longitudinal cohort study. The aim was to characterize malaria transmission patterns in two contrasting ecological rural sites in the Peruvian Amazon, Lupuna (LUP), a riverine environment, and Cahuide (CAH), associated with road-linked deforestation.
Methods
After a full population census, 1941 individuals 3 years and older (829 in LUP, 1112 in CAH) were interviewed, clinically examined and had a blood sample taken for the detection of malaria parasites by microscopy and PCR. Species-specific parasite prevalence was estimated overall and by site. Multivariate logistic regression models assessed risk factors for parasite infection by PCR, while SaTScan detected spatial clusters of PCR-positive individuals within each site. In addition, data from routine malaria surveillance in the period 2009–2012 were obtained.
Results
Parasite prevalence by PCR was higher in CAH than in LUP for Plasmodium vivax (6.2% vs. 3.9%) and for Plasmodium falciparum (2.6% vs. 1.2%). Among PCR-confirmed infections, asymptomatic (Asy) parasite carriers were always more common than symptomatic (Sy) infections for P. vivax (Asy/Sy ratio: 2/1 in LUP and 3.7/1 in CAH) and for P. falciparum (Asy/Sy ratio: 1.3/1 in LUP and 4/1 in CAH). Sub-patent (Spat) infections also predominated over patent (Pat) infections for both species: P. vivax (Spat/Pat ratio: 2.8/1 in LUP and 3.7/1 in CAH) and P. falciparum malaria (Spat/Pat ratio: 1.9/1 in LUP and 26/0 in CAH). For CAH, age, gender and living in a household without electricity were significantly associated with P. vivax infection, while only age and living in a household with electricity was associated with P. falciparum infection. For LUP, only household overcrowding was associated with P. falciparum infection. The spatial analysis only identified well-defined clusters of P. vivax and P. falciparum infected individuals in CAH. Reported malaria incidence indicated that malaria transmission has long occurred in LUP with primarily seasonal patterns, and confirmed a malaria outbreak in CAH since May 2012.
Conclusion
This parasitological and epidemiological baseline assessment demonstrates that malaria transmission and parasite prevalence is heterogeneous in the Peruvian Amazon, and influenced by local socio-demographics and ecological contexts. Riverine and road construction/deforestation contexts must be taken into account in order to carry out effective anti-malaria control and elimination efforts. 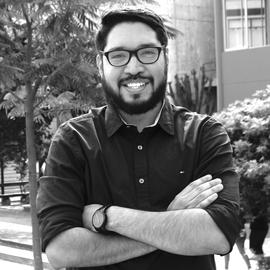